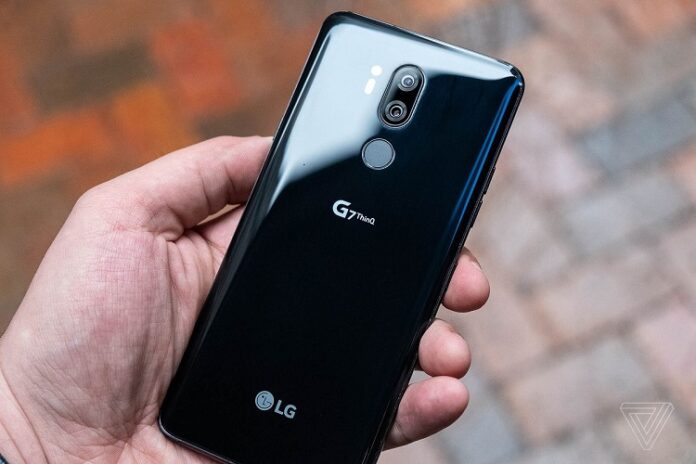 The company LG never gave up and continued to launch its flagships whether they are liked by people or not. LG G2 became popular with its Full HD screen, then G3 with QHD display, autofocus, after this, the LG G4 had also got the fame whole over the world with its leather cover. Then another beast came, the LG G5 smartphone, having a trendy Dual camera and interchangeable module. This year, LG G6 has also received a tremendous success with its brilliant features like Dolby Vision and stunning appearance. For the next year, in 2018, LG is also planning to launch its next G series flagship, LG G7, in January 2018. The rumor suggests that the company will also introduce a plus version of G7, i.e. LG G7+ just the way Samsung will introduce two versions, a standard and a plus – Galaxy S9 and Galaxy S9+.

LG G6 has a little difference in appearance which is appreciable. Unlike most flagship models on the market, the front panel protecting the glass (Gorilla Glass 3) here is completely flat, without sloping “2.5D” edges. As it seems to me, this was done for the sake of greater resistance to cracking in the fall. The back is also Gorilla Glass, but the fifth version: it is somewhat softer, tactile generally resembles plastic, because of this quicker small scratches are collected, but it is more difficult to break it. LG is talking about the certification of a smartphone based on the US military standard MIL-STD 810G (which means, or rather, what does NOT mean – we explain this link). According to an Investor, we may use a highly protected and solid device LG G7, which will neither get cracks if somehow slips out of our hand nor be damaged by coming in contact with water, dust, and high temperatures.

Flagship system-on-chip Qualcomm 2017 – Snapdragon 835 – LG G6 did not get. The laws of business are harsh: those who bake cakes, they also eat them first. Instead, the smartphone is built on the second-half of 2016, the 4-core 2.35-gigahertz Snapdragon 821. The same chip is used, for example, in smartphones Google Pixel. LG, thus, was the last of the major manufacturers to produce a flagship smartphone on Snapdragon 821. According to the Korean reports, LG will introduce the latest processor in its LG G7 flagship – The Qualcomm Snapdragon 845 SoC powered by 7nm chipset, the processor which is also going to use by Samsung Company for its upcoming champ Galaxy S9. Moreover, the Adreno 630 GPU will increase the performance of LG G7 during gaming or in other tasks.

The other characteristics are uniquely in LG G6 flagship: 4 GB of RAM, 64 GB of internal memory, two SIM cards or one SIM and microSD. Problems with performance will not be even in the most demanding games, not to mention the usual applications. Of the advanced features of Snapdragon 835, which will not get to the owners of the LG G6, it’s really worth it to regret Bluetooth 5.0. With it, the sound is transmitted without wires, more qualitatively, and, if desired, directly to two devices. The upcoming champ LG G7 is rumored to be a sport with 6/8GB RAM and internal memory of 32/64GB RAM, the Bluetooth version would be 5.2 and will be blessed with a non-removable Li-Ion 3800mAh battery capacity. If you want to learn more about the latest models of mobile phones and other modern technologies, then look at this website https://mysqmclub.com/ for further details.

Smartphones for Fun and Convenience

How have smartphones become so much a part of people’s lives?

LG G7 having a latest processor might beat Galaxy S8

Should You Choose Cloud Hosting Or Shared Web Hosting?

ZEBEDEE: Bitcoin In Gaming Gets Real

How to Update an HP Driver