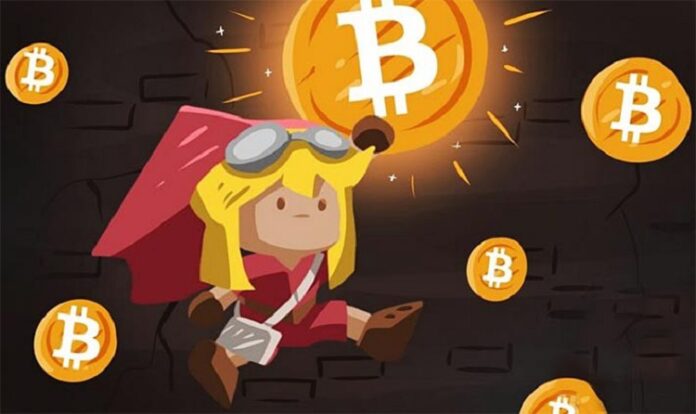 Bitcoin is a game-changer for emerging digital economies because of its ability to facilitate the transfer of value without the need of a trusted third-party, and ZEBEDEE has stepped in to usher in a new era in gaming by putting Bitcoin to work.

ZEBEDEE is a global financial technology (“FinTech”) company whose team has created the architecture and developer tools necessary to incorporate real-time Bitcoin transactions into online games. Multiple benefits, such as play-to-earn and payment-based mechanics, are possible, and allow for the creation of interoperable economies across different games developed by independent studios.

The ZEBEDEE app, Browser Extension, and Bots for Discord and Telegram are some of the ways this technology is becoming easy and fun to use. Each piece of software leverages the user’s single wallet, which is associated with their ZBD account and “Gamertag.” In this article, we will explore how all the various components and products work towards making in-game points have real-world value.

Stepping into Bitcoin gaming with the ZEBEDEE app

The ZEBEDEE app is your portal into playing games for Bitcoin, actively participating in Bitcoin-powered eSports events, or accumulating Bitcoin tips. From here you can send, receive, discover, and connect with both games and community members easily.

The app’s built-in wallet stands out because ZEBEDEE has designed it specifically for gamers. Part of this means making payments incredibly tiny, fast, and free, and uses Bitcoin’s layer-2 Lightning Network to make it all possible. The Lightning protocol allows Bitcoin to be sent and received at the speed of light in nano-increments (known as satoshis or “sats;” there are 100,000,000 sats in each Bitcoin), which would otherwise be impractical and unaffordable.

The wallet’s static QR code functionality is familiar to many and convenient for receiving payments because it can be posted for scanning anywhere, and does not require the involvement of third party payment providers or banks to function. Wallet users can also generate unique voucher codes that make giving sats to friends and family as easy as redeeming a gift card.

In the ZEBEDEE universe, your ZEBEDEE Gamertag is akin to your ZEBEDEE username. As soon as your app is set up, you will be prompted to create a unique Gamertag ID. (Note: sending sats between ZEBEDEE Gamertags is zero-fee since it occurs within the company’s own platform). This simple identifier makes sending and receiving sats between users very user-friendly, but non-ZEBEDEE Lightning wallets can still be transacted with via the app’s standard wallet fields.

The Gamertag is your avatar inside the ZEBEDEE universe, which means it will also be recognizable and interoperable with any game developer who uses ZEBEDEE tools to inject Bitcoin into their games.

The ZEBEDEE Developer Dashboard allows game developers to easily use the Bitcoin Lightning Network to develop innovative game mechanics and experiment with play-to-earn revenue models. It’s an easy-to use tool for linking Bitcoin to in-game actions via their APIs and SDKs, opening the door to a wide range of possibilities without having to learn the ins and outs of cryptocurrency technology.

Giving some ZEBEDEE-powered games a try

You can see ZEBEDEE’s technology in action today by playing mobile games such as SaruTobi, which is centered on the idea of collecting as much Bitcoin as possible. Players swing a tiny monkey through the air to catch coins worth real sats that can then be immediately withdrawn to their wallets.

ZEBEDEE also allows for existing, well-established games to have Bitcoin added to them. For example, their Infuse desktop plugin for the popular first-person shooter, Counter Strike: Global Offensive (CS:GO). It lets players use their ZEBEDEE account to log into servers (some of which are sponsored) where participants compete with one another for real Bitcoin. As opponents are eliminated they drop some Bitcoin (represented by a spinning coin token) which can then be picked up by opponents—or left as a trap to catch unsuspecting scavengers.

Games are just the beginning

These examples give a glimpse of what’s possible when points become valuable and skill is immediately rewarded. The ZEBEDEE product roadmap is said to include a number of other products and features that will support the surrounding gamer ecosystem, and start enabling the “metaverse” vision of people spending more time interacting with others online, both in games and outside of them.

How to Update an HP Driver

ZEBEDEE: Bitcoin In Gaming Gets Real

Should You Choose Cloud Hosting Or Shared Web Hosting?

VPS vs. Reseller Hosting: Which is the Best to Start a Hosting Business?